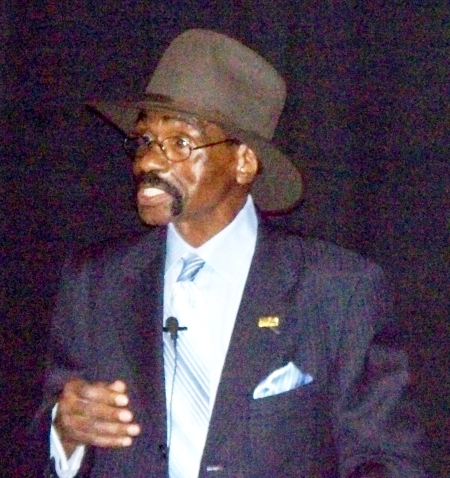 Rubin "Hurricane" Carter (May 6, 1937 – April 20, 2014) was an American-Canadian middleweight boxer, wrongfully convicted of murder and later released following a petition of habeas corpus after serving almost 20 years in prison.

In 1966, Carter, and his co-accused, John Artis, were arrested for a triple homicide which was committed at the Lafayette Bar and Grill in Paterson, New Jersey. Shortly after the killings at 2:30 am, a car, which contained Carter, Artis and a third acquaintance, was stopped by police outside the bar while its occupants were on their way home from a nearby nightclub. They were allowed to go on their way, but after dropping off the third man, Carter and Artis were stopped while they were passing the bar a second time, 45 minutes later, and both of them were arrested.

Carter and Artis were interrogated for 17 hours, released, then re-arrested weeks later. In 1967, they were convicted of all three murders, and given life sentences, served in Rahway State Prison; a retrial in 1976 upheld their sentences, but it was overturned in 1985. Prosecutors declined to try the case a third time after their appeal to the U.S. Supreme Court failed.

Carter's autobiography, titled ''The Sixteenth Round'', written while he was in prison, was published in 1974 by Viking Press. The story inspired the 1975 Bob Dylan song "Hurricane" and the 1999 film ''The Hurricane'' (with Denzel Washington playing Carter). From 1993 to 2005, Carter served as executive director of the Association in Defence of the Wrongly Convicted (later rebranded as Innocence Canada).

In 2019, the case was the focus of a 13-part BBC podcast series, ''The Hurricane Tapes''. The series was based on interviews which were conducted with survivors, case notes which were taken during the original investigations, and 40 hours of recorded interviews which were conducted with Carter by the author Ken Klonsky who cited them in his 2011 book ''The Eye of the Hurricane''. Provided by Wikipedia
1
The hurricane = Hombre en llamas
by Carter, Rubin, 1937-2014, Chaiton, Sam,, Swinton, Terry,
Published 2000
Subjects: '; “...Carter, Rubin, 1937-2014...”