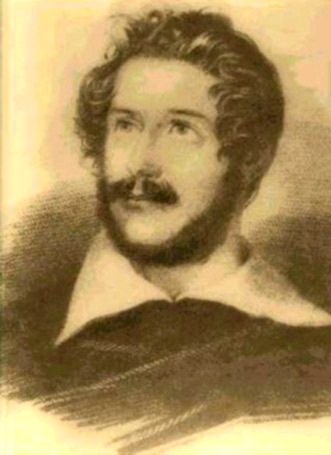 Count Carlo Pepoli (22 July 1796 – 7 December 1881) was an Italian politician and journalist. He was also acclaimed as a poet, his most well-known work being the libretto for Vincenzo Bellini's final opera, ''I puritani'' which was given its premiere in Paris in January 1835.

Born in Bologna to the aristocratic Pepoli family, he was active in the movement opposing Austrian rule of Italy before being imprisoned and forced into exile in France after 1831. He spent a large portion of his adult life as an exile in both Paris, where he initially taught Italian. He also lived in England, where between 1839 and 1848, he was "Professore di Letteratura italiana" at University College, London. He returned to Italy briefly in 1848, then from 1859 resumed his political activities which continued to within a year of his death which took place in 1881 in his native city at the age of 85. Provided by Wikipedia
1
I puritani e i cavalieri : opera seria in tre parti
by Pepoli, Carlo 1801-1835
Published 1906
Call Number: Loading...
Located: Loading...
Book Loading...
Search Tools: Get RSS Feed — Email this Search —