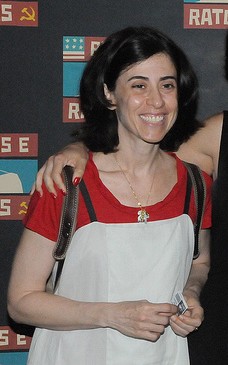 Fernanda Pinheiro Monteiro Torres (born September 15, 1965) is a Brazilian movie, stage and television actress and writer. She was born in Rio de Janeiro, the daughter of the Oscar-nominated actress Fernanda Montenegro and the actor Fernando Torres.

In May 1986, she received the Best Actress Award at Cannes Festival for Eu Sei Que Vou Te Amar at the age of 20.